It’s only worth summarising a season’s rugby, if, through the haze of knocks and the odd beer, you can remember what it was you aimed to achieve in the first place.

Well I am proud to say, not only do I remember after the Club Supper, but also The Gladiators achieved the team goals set at the start of the season. The outcome of which were the right performances, the style of rugby played and the founding of a camaraderie and respect for each other we’ll take into future seasons and I hope successes.

I am especially proud of how a very young bunch of lads, combined with Colts and Returning Students have bonded together with senior gents like Maish, Kirky and myself to become a great team to watch, playing fast attacking rugby, but also a disciplined and resilient team of friends that will fight for each other to close out tight games. 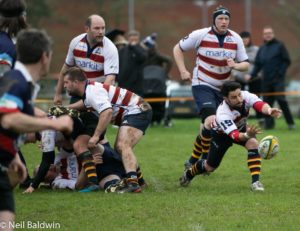 I love the quality stats and delighted that the lads won Team of the Year, but it is the quality of the memories and anecdotes of a season that indicate how we’re progressing as a team and club. My favourites – The Colts and Seniors singing ‘The OAs are happy!’ together in a circle at the end of a thrilling Colts v Seniors match. Beating the league winners away from home with only 15 players, four of which were Colts and finishing with 13 left on the pitch; one with a broken rib.

Halfway through the season Maish messaging me to tell me that his twenty year old body-armour had fallen to pieces, and that it was meant to signify the end of his rugby career, but he was ‘having too much fun to stop now’ so went straight to Amazon and bought a new one. Big Tex, Conor and Simon coming all the way to the finals to watch us, and The Gladiators and Grizzlies travelling back on the bus together, the songs ‘n’ shenanigans and Butters’s pick-up of new honorary Saints squad members and dinner guests on the way home… many great memories and more to come in 2018/19. 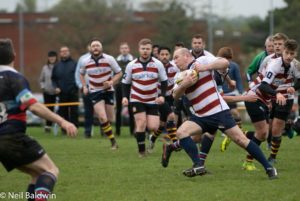 As the season closes, we say good luck to Saope ‘Suits’ Soko, á bientôt to Illies Fortune who’s off to play in the French Nat1 league, successful studies to our top try scorer Tanyaradzwa Fernando and his brother Tito – we’ll see you both as Returning Students, and safe travels to Ben Pearce.

Finally, we as a team would especially like thank:

Colts Managers; Conor Ringland and Simon Atkinson for integrating the Colts and Senior club
Coaches; Ash Walsh, Trev Hickey and Eddie Panting for prepping us
Romans; James Steventon and Alex Austerbry, for squad sharing and development
Team Manager; Alan Kirk – never has our kit been so white, and balls so grippy
Tech team; Oz and John Cooper for the systems, website and match reports
Treasurer; Rick Powdrell for ‘supporting’ our new memberships, and forgiving our tardy accounting
Club Captain; Chris Butterworth, for backing my and the team’s endeavours and providing excellent entertainment throughout
Vice Captain; Steve Maishman, for being the rock and inspiration for the team when we needed it most 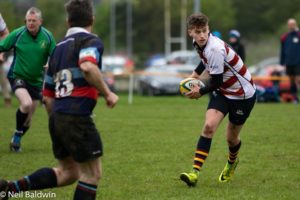 On and off the pitch, well played every one.