There is a little bit of a sense of heightened anticipation about this match. It is the academy’s first game at Woollams, against notable opposition in Cambridge University, and coming off the back of an impressive performance against Hertfordshire under 20s.

With a good training session under the belt on Monday the squad is more familiar with each other and how we want to play. Having had to defend for large periods in the last match it will be hoped that the potent attacking potential in the squad will get a chance to let loose and explore the expanses of the first team pitch. The forwards should be able to provide a stream of good quality ball for a back line that will run all day.

With the Academy’s mandate being helping the boys to progress into senior rugby the coaches focus will be on player development and enjoyment for all involved. A formula which so far has seen two boys progress into the first team and a further three run out for the for the Romans. So, if you are at a loose end this evening come along and see the future of Old Albanians in action. 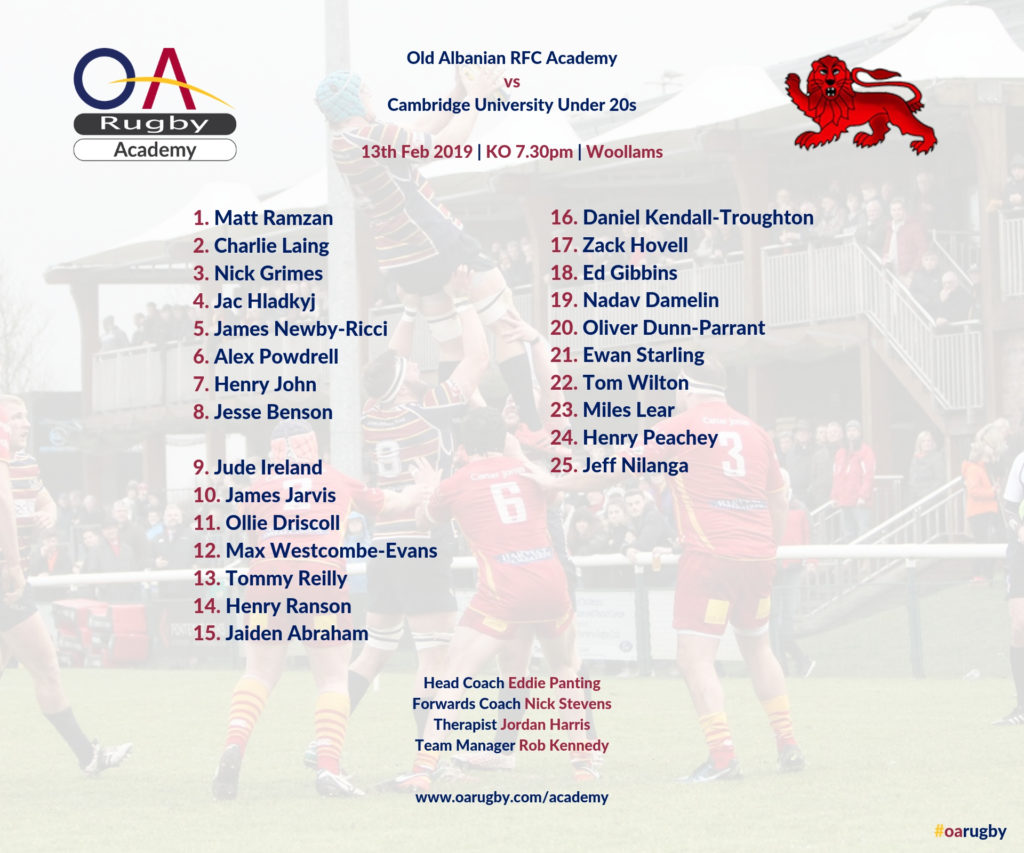